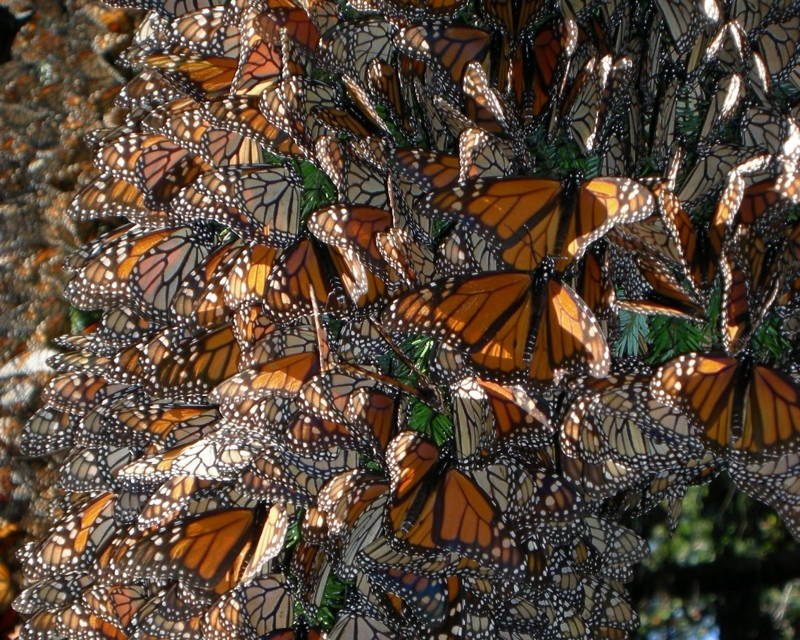 14 Ago The World’s Most Mind-Blowing Natural Phenomena

Confined to the skies above Venezuela’s Lake Maracaibo, the ceaseless streaks of Catatumbo lightning have captivated the interests of scientists, explorers and artists for centuries. For nearly half the year and up to ten hours a day, the natural methane and oil deposit-caused phenomenon can be observed in the bucolic Venezuelan horizon up to 280 times an hour. 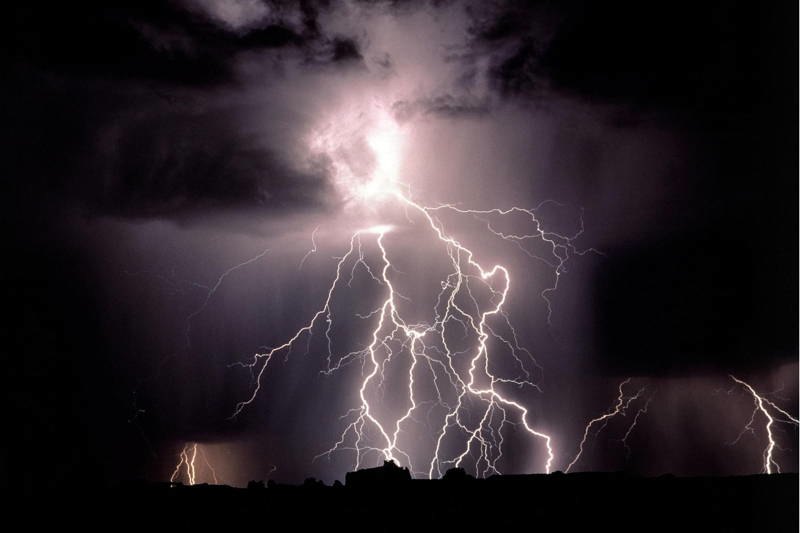 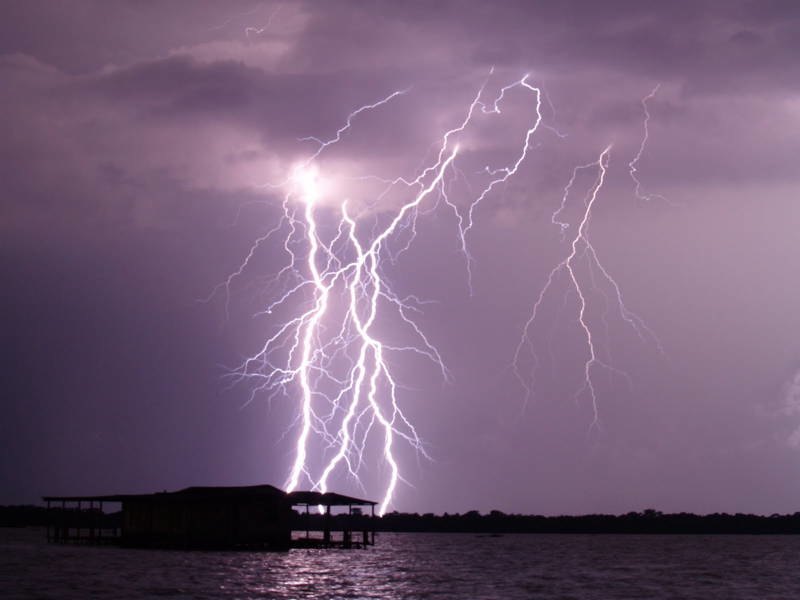 And if you happen to visit Venezuela when the lightning isn’t able to be observed, fret not; while these flashes of light are technically momentary, Catatumbo lightning has manifested itself into the melody of the state’s anthem. 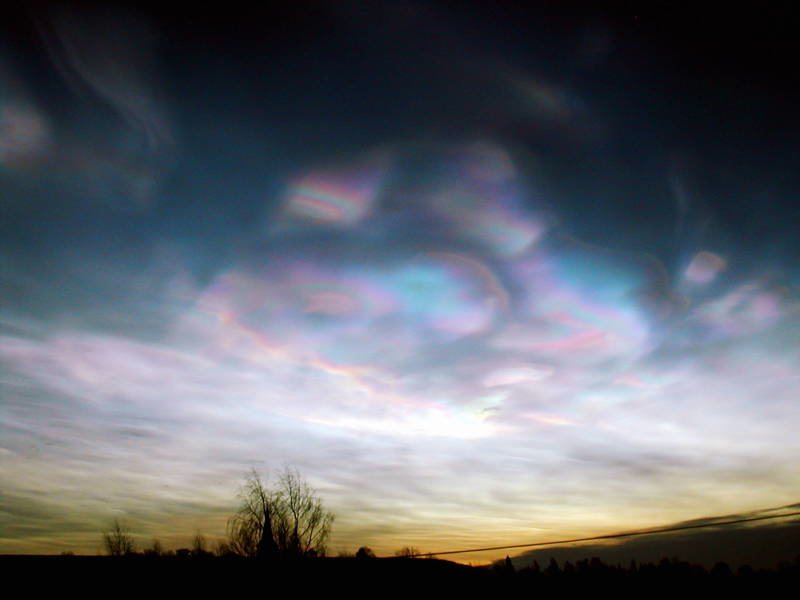 While the pastel-tinted pictures of nacreous clouds might seem more akin to an abstract artist’s thoughts on Spring than natural science, the clouds owe their pristine coloring to the stratosphere in which they reside. Alternately dubbed the “mother of pearl” cloud given its iridescent coloring, the nacreous cloud may only be found in the early evening or dawn and in particularly frigid regions at distances of 9 to 16 miles above ground. 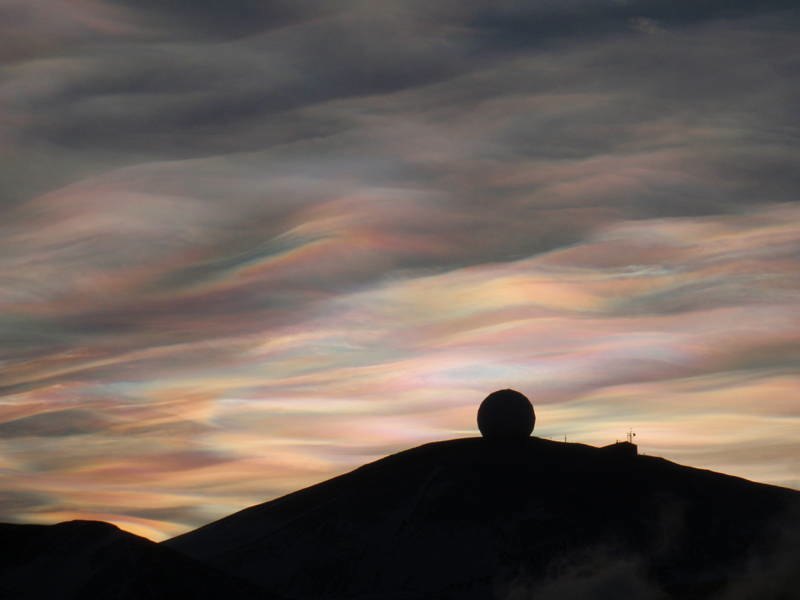 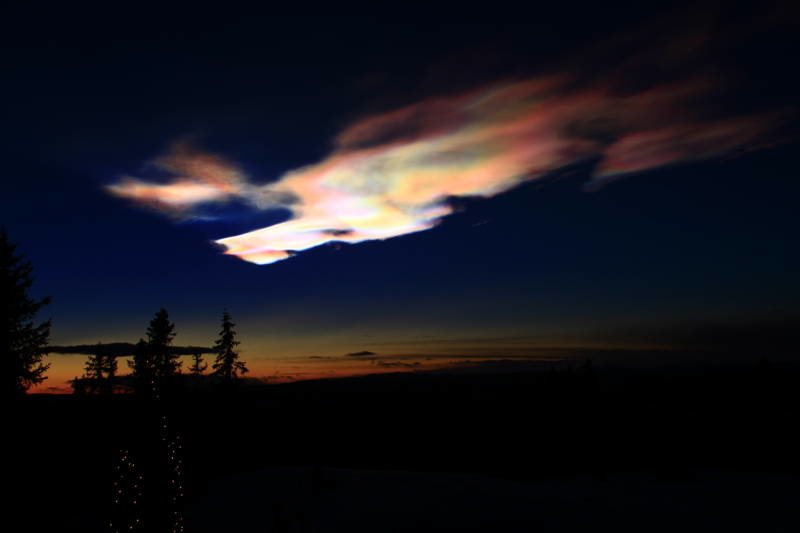 So for all of you Loch Ness Monster hunters scaling the depths of Scotland’s Inverness, if you don’t end up discovering Nessie, just look up; you might bear witness to something just as mystical. Given the cloud’s peculiar shape, coloring and moments of visibility, many individuals who aren’t familiar with the cloud often mistake it for a UFO. 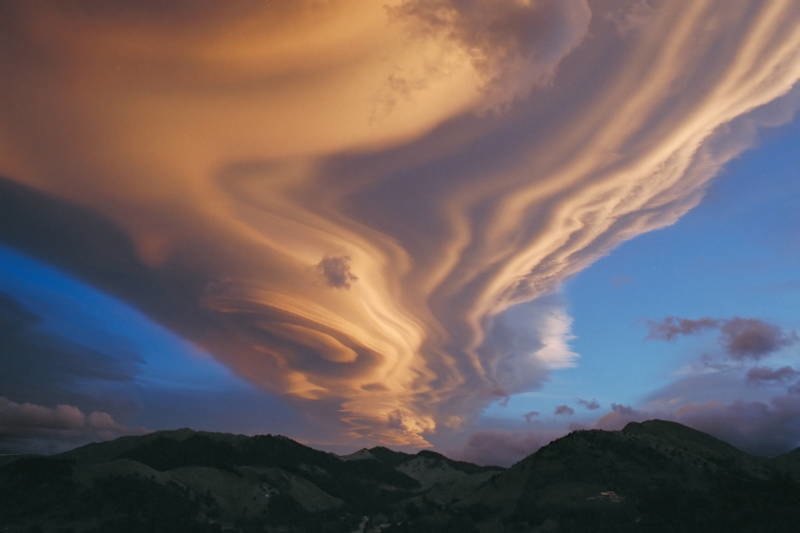 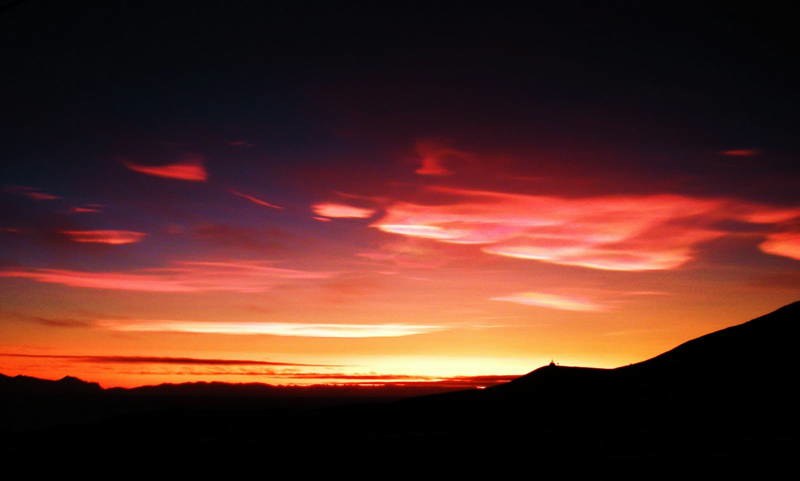 Unfortunately, those within the weather world would be quick to tell you that what you might call a fire rainbow is actually a circumhorizontal arc. All extremely long adjectives aside, the smoking-hot rainbow you might be fortunate enough to witness swaying among the clouds is actually cold as ice and not related to rainbows at all. 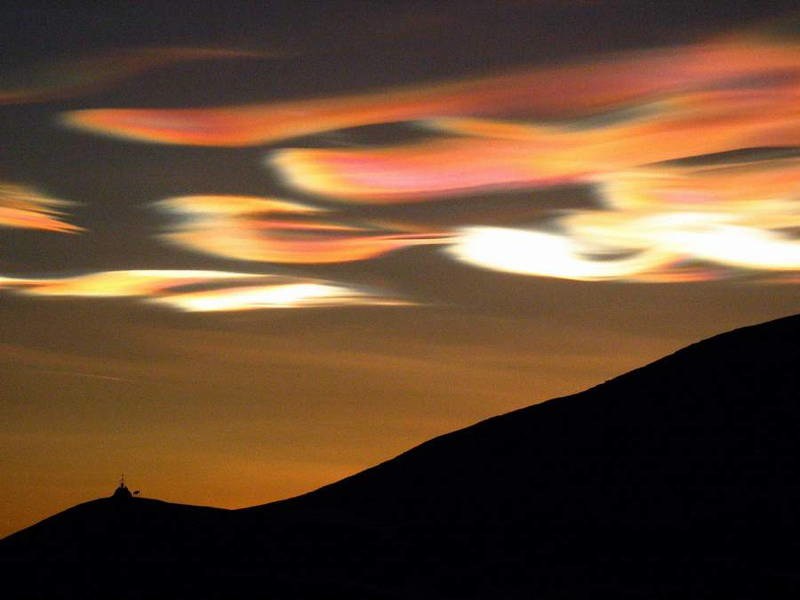 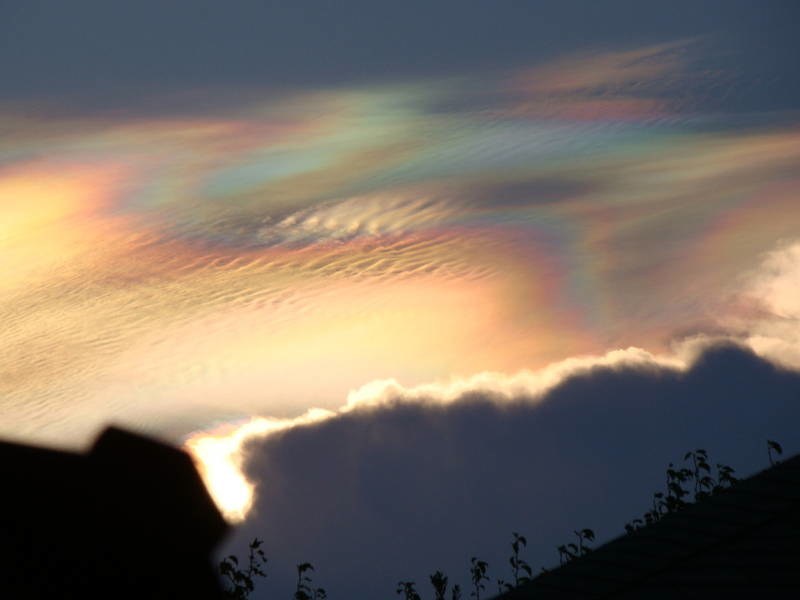 Known as the rarest of all naturally-occurring phenomena, for the fire rainbow to be seen very specific elements must be at play: first of all, the clouds through which the light refracts must be at least 20,000 feet in the air and must also be of the cirrus variety. Further, the sun has to be elevated at an angle of precisely 58 degrees. 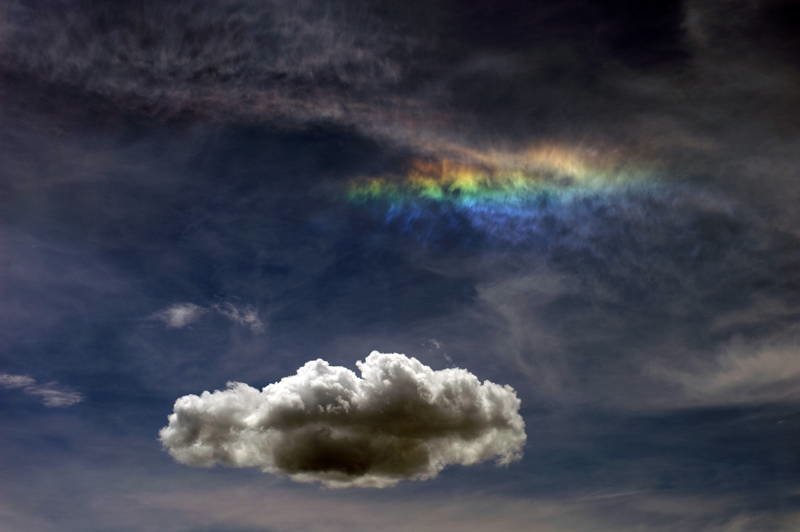 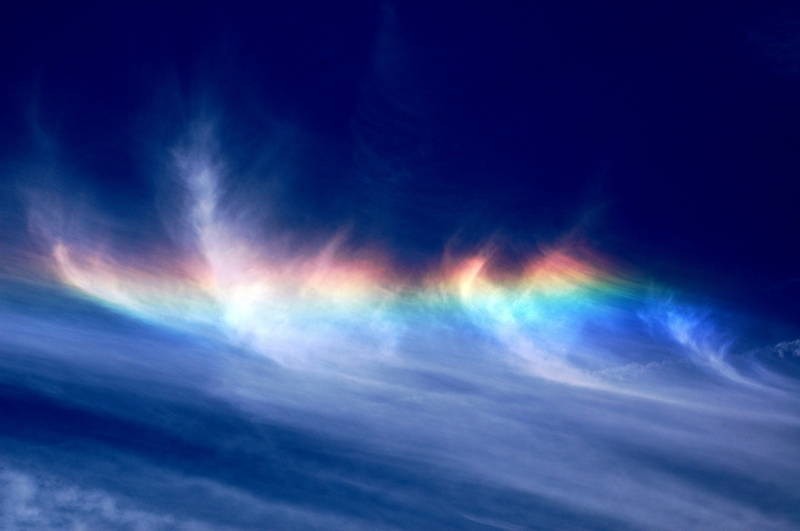 What this often translates to is that those picnicking in the park in the United States are more apt to be warmed by the icy light’s technicolor rays than those in Northern Europe given the region’s extreme fluctuations in sunlight. 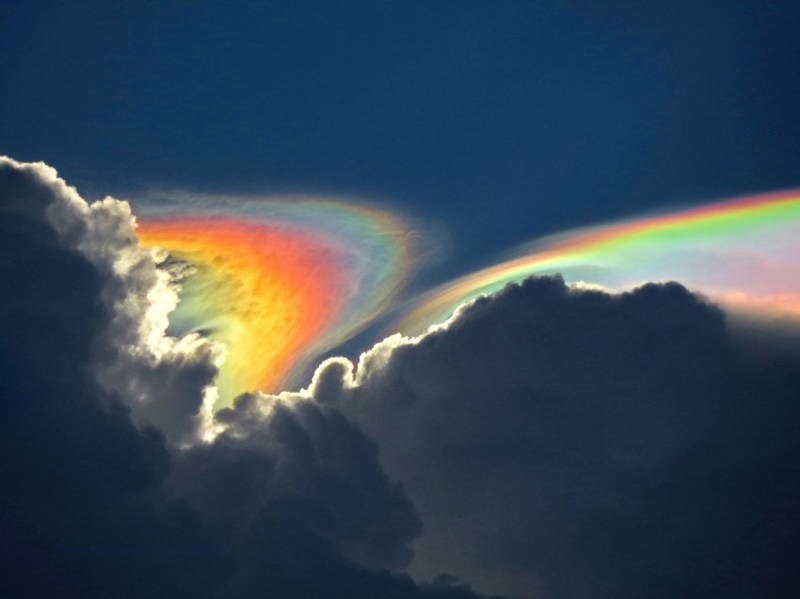 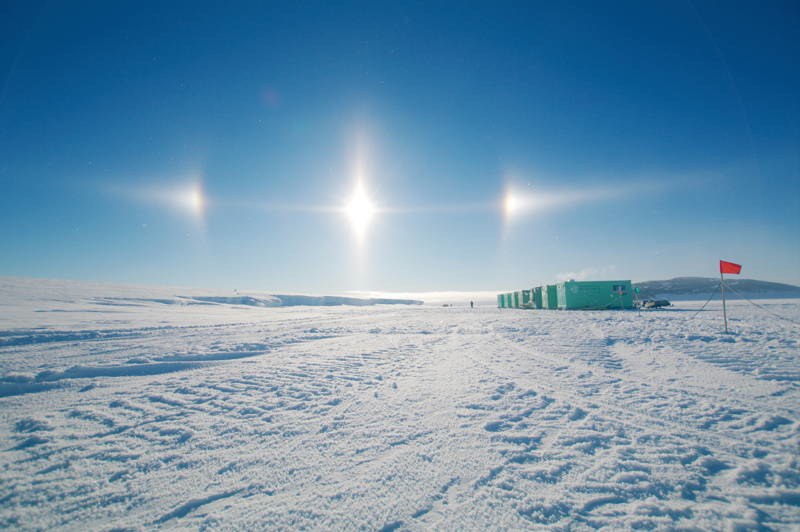 The natural phenomena commonly known as sun dogs has beguiled philosophical greats from Aristotle all the way to Descartes. It was the sun dog sighting, after all, that caused Descartes to take a break from his metaphysical studies and write his book on natural philosophy aptly called “The World”. 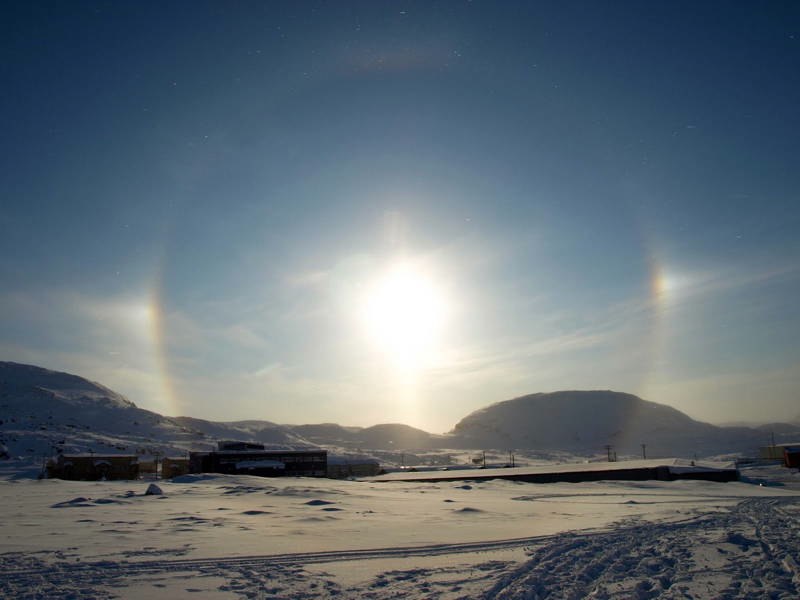 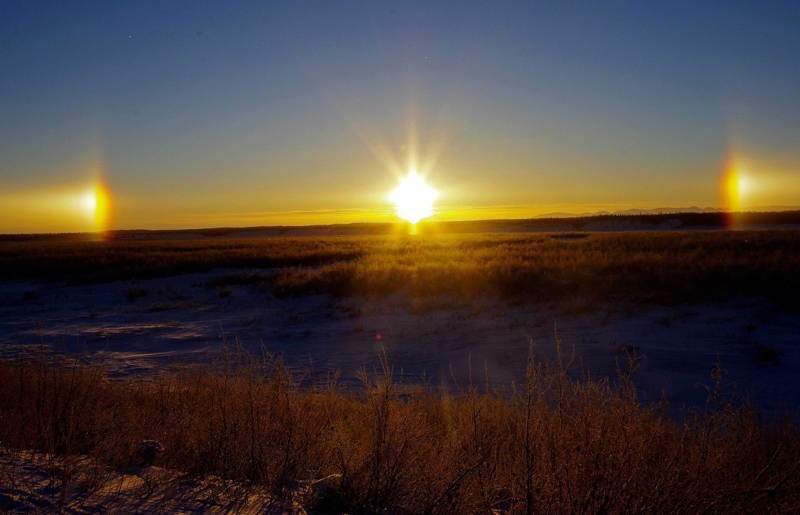 Like the fire rainbow, the sun dog consists of vertically-aligned ice crystals which, when the angle is right, create a horizontal refraction and halo-shaped figure around the sun. 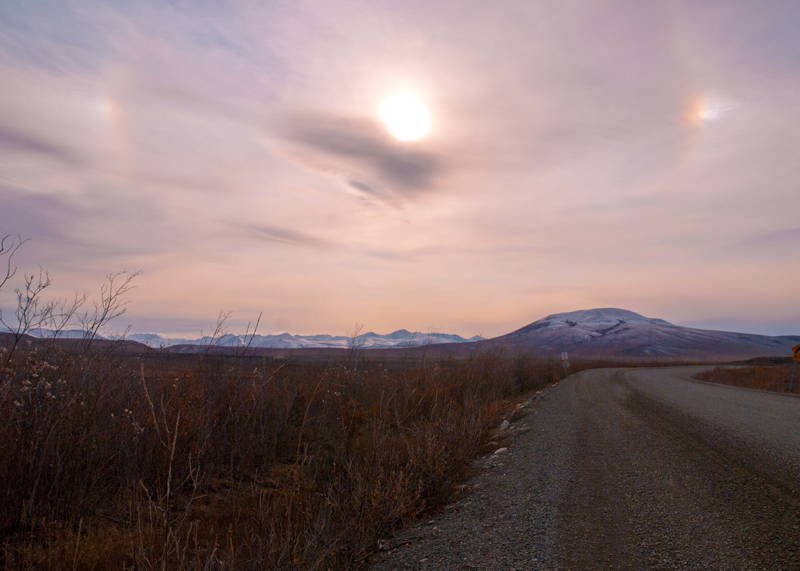 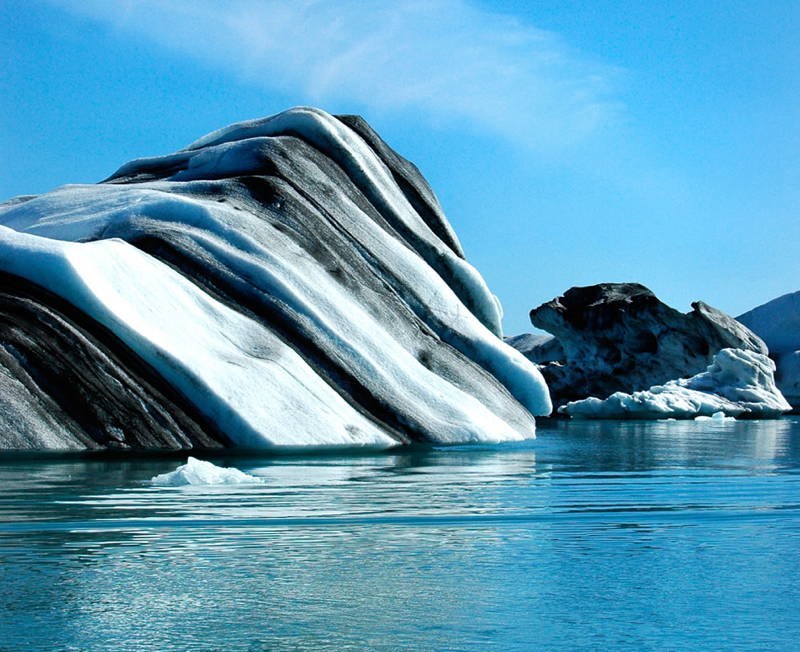 Never has the sight of dead krill and trapped sediment on ice been more beautiful. The candy-striped icebergs seen floating around–most commonly around 1,700 miles south of Cape Town–are the result of ice crystals forming beneath an iceberg and rising up to the berg’s bottom, inevitably trapping dark-colored sediment and krill within it. 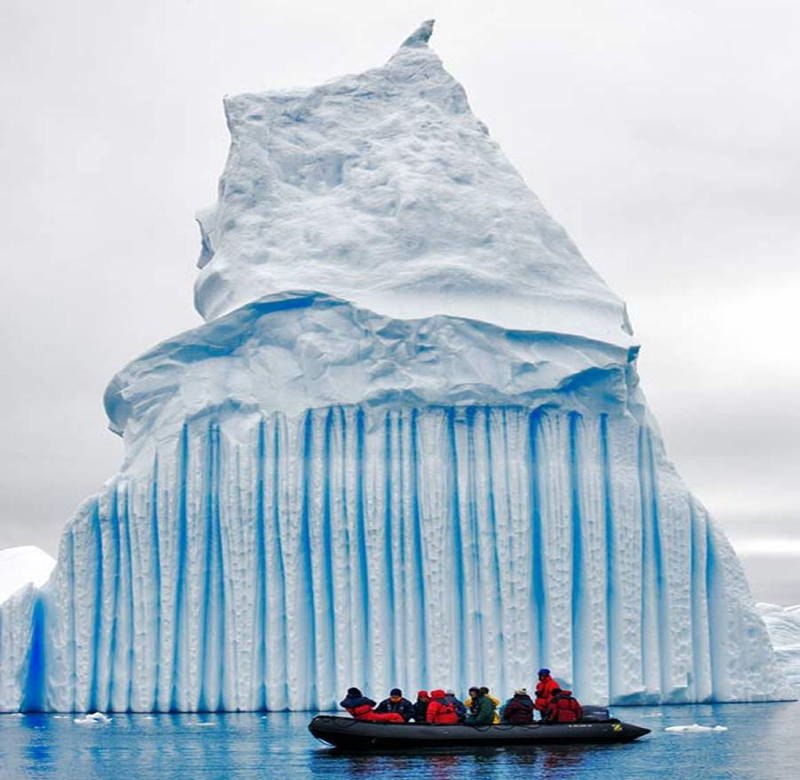 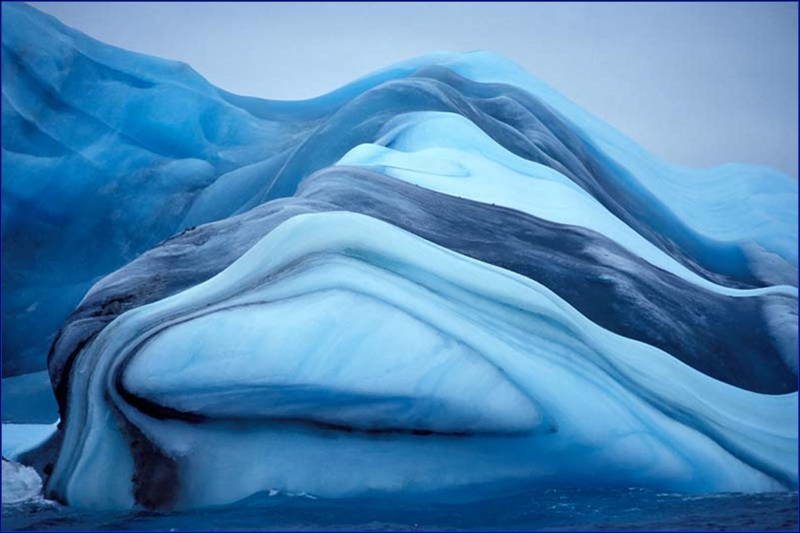 While the infernal twister is typically seen for only minutes at a time, its damning effects can certainly seem eternal. 10 to 50 meters tall, fire whirls are formed by unique air temperatures and currents and have enough force to uproot a tree up to 50 feet tall. 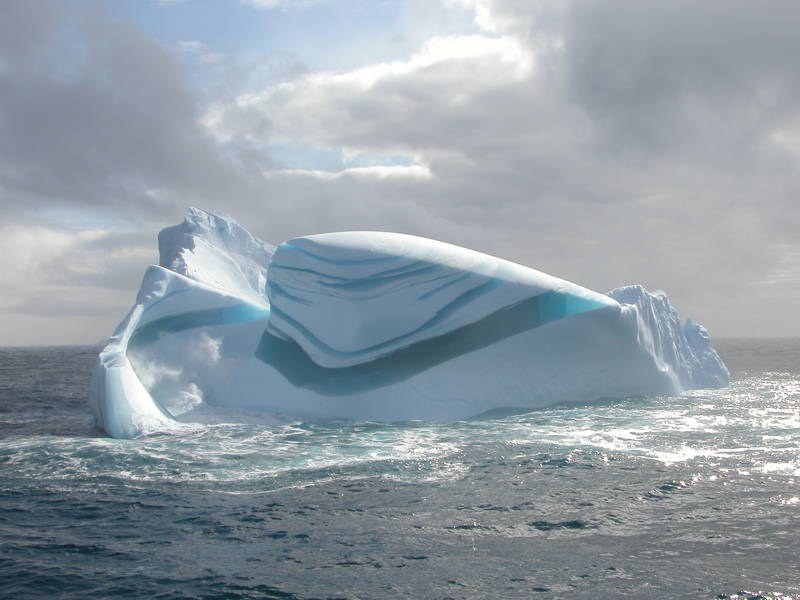 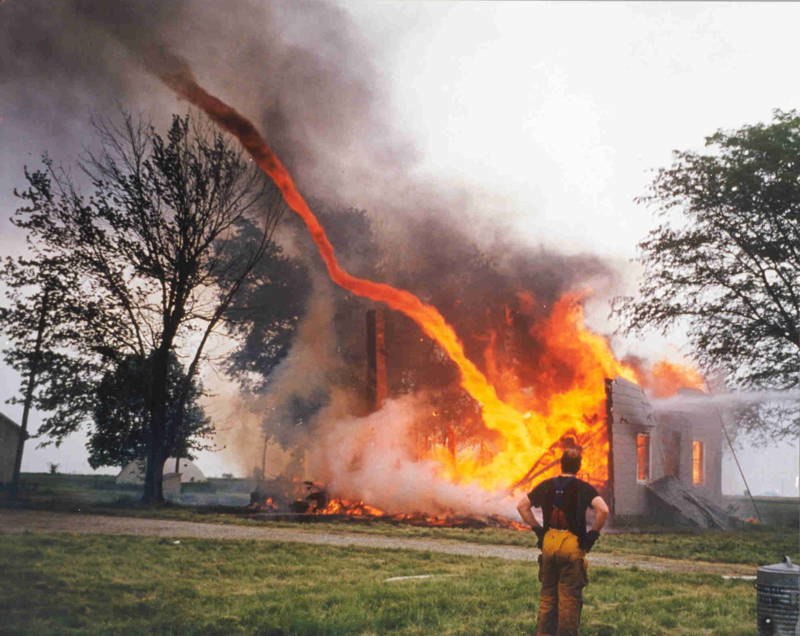 Few migrations are surrounded with as much mystery as that of the monarch butterfly. The only butterfly known to make north-south migrations like birds and capable of making transatlantic crossings, scientists are still baffled by the monarch’s ability to return to the same spots year after year–especially as no single butterfly can make it the entire way. 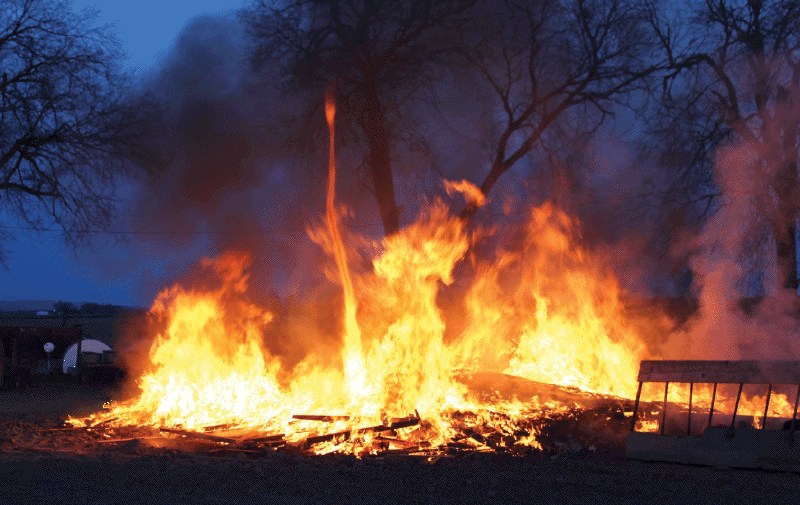 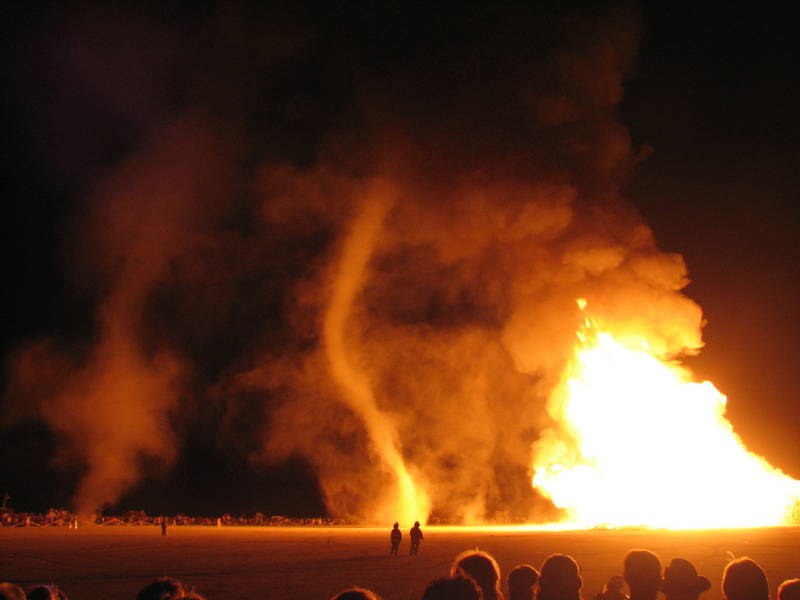 Seeing as monarch butterflies only have a lifespan of approximately two months, females–largely immune to predators given that they are poisonous to birds–lay eggs along the way, thus making it possible for the several-month cycle to continue indefinitely in spite of their mortality. 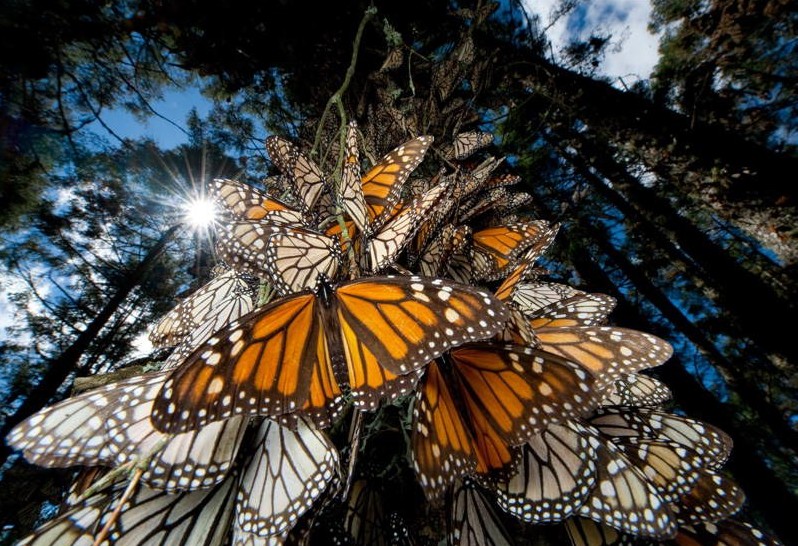 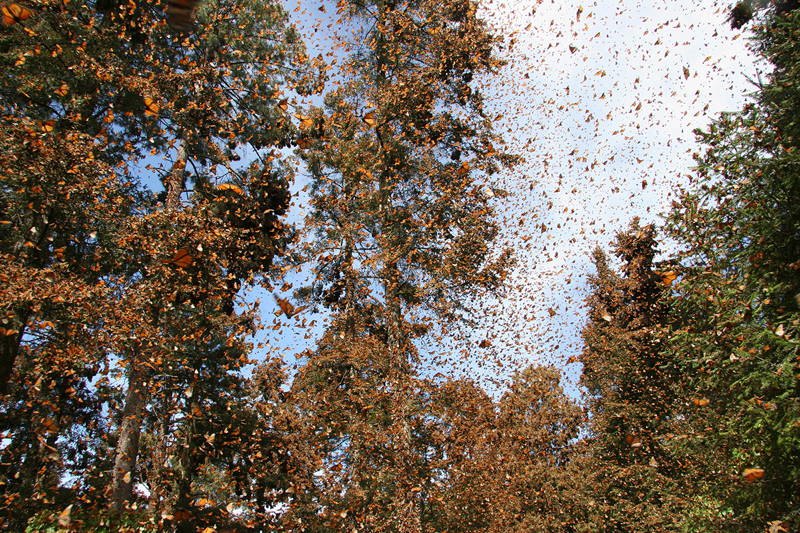