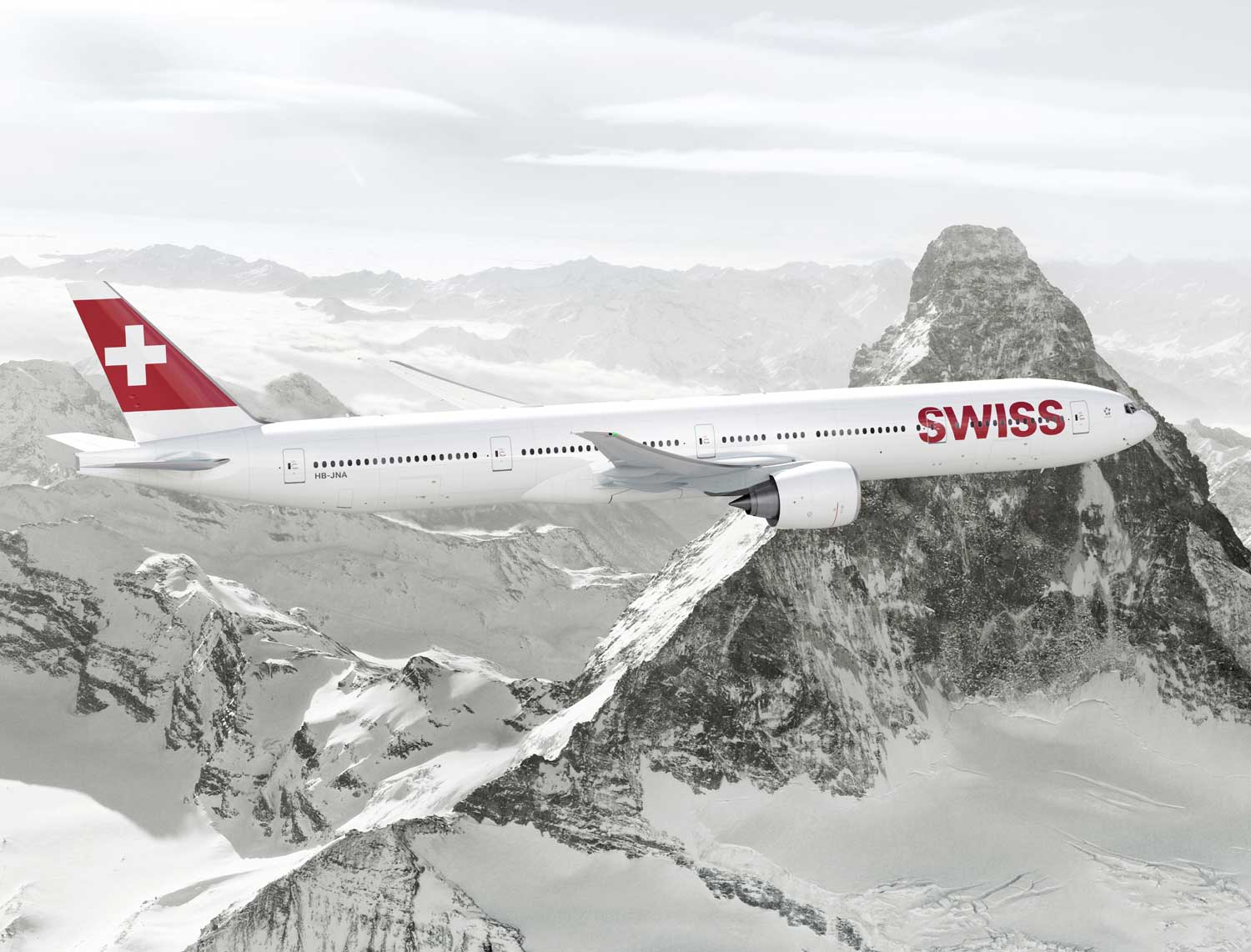 SWISS will be ushering-in a new era in the history of its long-haul aircraft fleet next January with the arrival of the first of its nine new Boeing 777-300ERs. In SWISS configuration the new twinjets will seat 340 passengers.

SWISS will be ushering-in a new era in the history of its long-haul aircraft fleet next January with the arrival of the first of its nine new Boeing 777-300ERs. In SWISS configuration the new twinjets will seat 340 passengers. They will also offer a state-of-the-art cabin product in all three seating classes, including wireless internet connectivity. The ‘Triple Sevens’ will be deployed on routes to and from Asia, South America and the US West Coast from the 2016 summer schedules onwards. 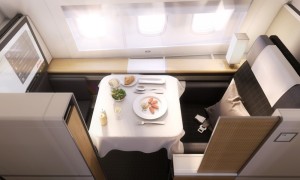 As a further element in its ‘Next-Generation Airline of Switzerland’ strategy, SWISS will begin the renewal of its long-haul aircraft fleet in 2016. A total of nine new Boeing 777-300ERs (the ‘ER’ stands for ‘extended range’) will be gradually assimilated into the fleet from the beginning of next year. The new aircraft will also result in the creation of 360 new cabin crew jobs within the next years.

A state-of-the-art cabin product in all three classes

In SWISS configuration the Boeing 777-300ER will offer 340 seats: eight in First Class, 62 in Business Class and 270 in Economy. And the totally-redesigned cabin interior of the new SWISS flagship will provide comfort and aesthetics to meet the most discerning of demands in all three seating classes.

The SWISS First seat will be transformable into the occupant’s own private suite that includes a 32-inch screen, the largest in the industry. SWISS First guests will also enjoy electrically-adjustable window blinds and their own personal wardrobe.

SWISS Business travellers will enjoy an inflight product that has been further enhanced and refined on the basis of customer feedback. The seating arrangement offers optimum privacy and freedom of movement, while the seat cushion’s firmness can be individually regulated. All the seats in the SWISS Business cabin can also be quickly and easily converted into a lie-flat bed that is over two metres long. 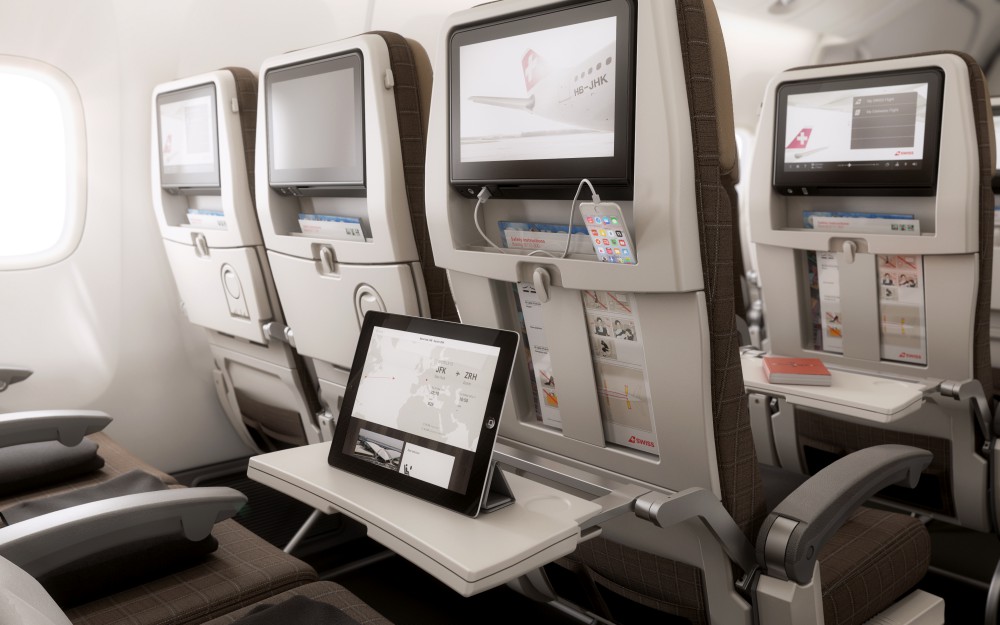 With new seat-cushion technology and further innovations that include a large personal touchscreen, SWISS Economy customers can also look forward to a new air travel experience. Outside the regular cabin service, all SWISS Economy guests will be able to make use of a self-service kiosk offering a wide range of drinks and snacks. All nine Boeing 777-300ERs will also feature wireless internet via a broadband connection, enabling passengers to surf or send emails on their laptop, tablet or smartphone device. “With our new Boeing 777-300ERs we will be setting new benchmarks in terms of our guests’ overall comfort and travel experience,” says SWISS CEO Harry Hohmeister. “And on top of that, with their state-of-the-art engines, our new twinjets will give us substantial savings in fuel consumption and carbon emissions terms.”

Deployment on the longest routes

The Boeing 777-300ER offers the ideal range to serve SWISS’s farthest destinations non-stop from Switzerland. From the 2016 summer schedules onwards, the new aircraft will be deployed primarily on services to Hong Kong, Bangkok and Los Angeles. And San Francisco, São Paulo and Tel Aviv will also receive Boeing 777 service several times a week.

Swiss International Air Lines (SWISS) is Switzerland’s national airline, serving 106 destinations in 49 countries from Zurich and Geneva and carrying over 16 million passengers a year with its 95-aircraft fleet. The company’s Swiss WorldCargo division provides a comprehensive range of airport-to-airport airfreight services for high-value and care-intensive consignments to some 120 destinations in over 80 countries. As “The Airline of Switzerland”, SWISS embodies the country’s traditional values, and is committed to delivering the highest product and service quality. With its workforce of some 8,250 personnel, SWISS generated total operating income of CHF 5.2 billion in 2014. SWISS is part of the Lufthansa Group, and is also a member of Star Alliance, the world’s biggest airline network.