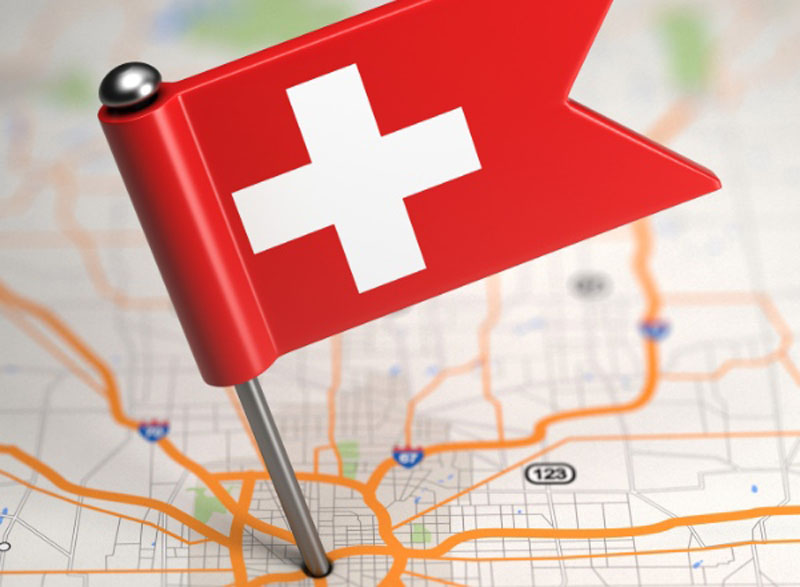 Since 1891, the first of August has been celebrated as Swiss National Day, or Bundesfeier. The date refers to an alliance formed in 1291 by the three cantons of Uri, Schwyz and Unterwalden, the centre around which Switzerland was built.
Each Swiss commune offers a day of federal unity by organising firework displays, concerts, public speeches or presentations to celebrate Bundesfeier. Thousands of people attend festivities in the largest cities (Zurich, Basel, Geneva, Bern and Lugano). The main celebrations, however, take place at the Rhine Falls near Schaffhausen and at the Ruetli Meadows alongside Lake Lucerne.

After sunset the Rhine Falls near Schaffhausen are illuminated for the special event, and a fireworks display on July 31 is expected to attract thousands of spectators to this special site. Admission to this ethereal event is free. For something different, visitors can also reserve to enjoy a dinner and have special seats for the firework show, or even watch the fireworks from a boat.

A representative celebration is staged at the Rütli Meadow in the canton of Uri above Lake Lucerne. It takes place in the same place where the legendary pledge of alliance was pronounced.

Zurich observes Bundesfeier on 1 August from 10.30am with a procession from Werdmühleplatz via Bahnhofstrasse to Bürkliplatz. The procession gives visitors a chance to experience colourful Swiss customs, and is later followed by a public festival.

Basel celebrates the National Day one day early, on 31 July. The major city festival takes place on the Rhine with a range of food stalls to choose from, accompanied by entertaining festivities and performances from 5pm until 2am, including the rubber dinghy race and the open-air concert on the Kulturfloss (floating stage). At 11pm, a fireworks display lights up the Rhine. The festival area stretches along the Kleinbasler side of the Rhine from the Johanniterbrücke to the Wettsteinbrücke, and in Grossbasel from the Johanniterbrücke to the Mittlere Brücke, and from the harbour to the Marktplatz.

Geneva’s party in the park

Geneva’s official festivities, including speeches, paper lantern parade, bonfire, costume contest and fireworks, are held in in Grange’s Park. After 3.30pm, head to the park for a diversified programme of animations.

Bern’s celebrations include a lantern procession and of course fireworks. Throughout the day is a range of activities for children and adults alike, with the 1 August celebrations kicking off with a city bunch on the Münsterplatz and followed by concerts and official ceremonies. You can also enjoy an Open Day at the Bundeshaus (Parliament building), a kids’ programme on the Münsterplattform terrace, and guided tours of the Zytglogge (Clock Tower) and cathedral.

Wake up to Lugano’s drum parade

Lugano begins festivities on 1 August with a drum procession at 6am and continues to celebrate with speeches, concerts, and fireworks in plazas around the city. At the end of the day, crowds gather to watch the fireworks display at 10.30pm.