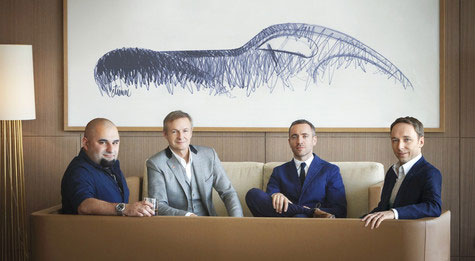 Etienne Salomé has been appointed as new Head of Interior Design. As well as his responsibilities for all future interior design matters, Salomé has been entrusted with the role of overseeing product design for the brand. He will also act as the main deputy of Design Director Achim Anscheidt. A French national, Etienne Salomé (34) graduated with an M.A. in Vehicle Design from the Royal College of Art, London, in 2005 and acquired experience at several automobile manufacturers before joining a London-based automotive design consultancy, supporting Bugatti Design since 2007. 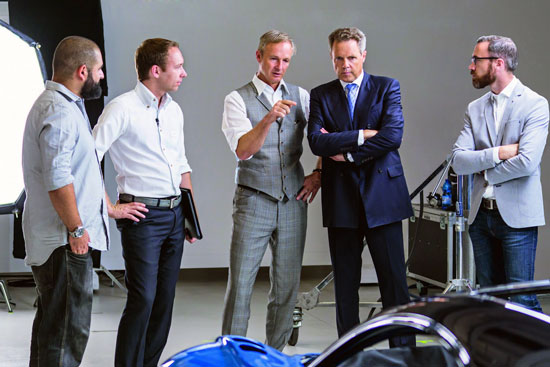 Frank Heyl has been appointed as new Head of Exterior Design Production Development. A German national, Frank Heyl (36) graduated with an M.A. in Vehicle Design from the Royal College of Art, London, in 2005 and acquired experience at Skoda before joining a Londonbased automotive swiss design consultancy, supporting Bugatti Design since 2008.

Alexander ‘Sasha’ Selipanov has been appointed as new Head of Exterior Design Creative Development. A Russian national, Sasha Selipanov (31) graduated with a B.Sc. in Transportation Design from the Art Center College of Design, Pasadena, CA, in 2005. During his employment at Volkswagen Design Center Potsdam, Sasha contributed design proposals to all brands of the Volkswagen Group including a short stay at Lamborghini as part of the Lamborghini Huracán design team.

“I am delighted to welcome on board these three top-notch automotive designers as full members of staff,” Bugatti Design Director Achim Anscheidt comments. “Our design team is working on exciting projects securing the creative future of this great brand, including the next Bugatti which is to follow the Veyron.”