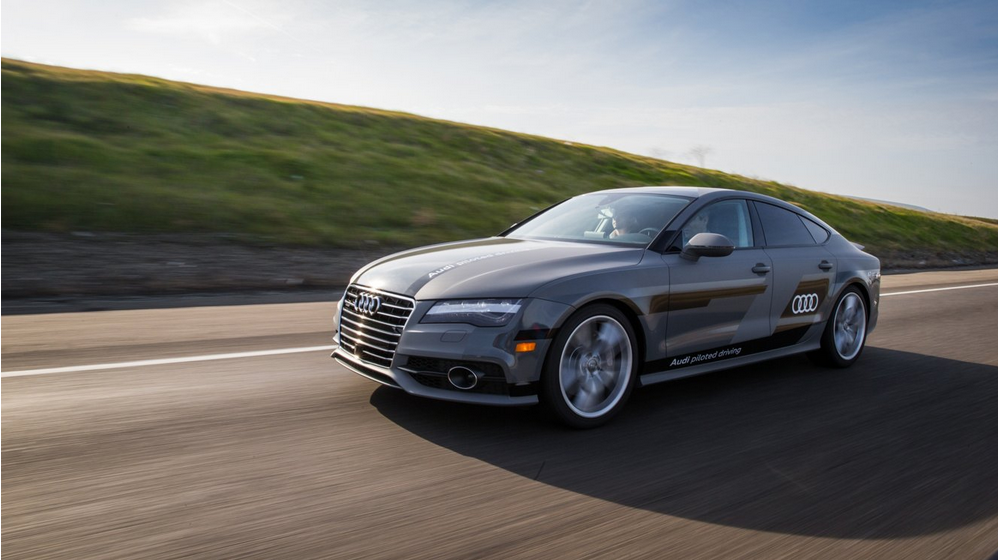 Audi piloted driving is a strategic and systematic approach to harnessing technologies to assist drivers and make driving safer. Audi is balancing advances in automated driving with owners’ desire to maintain control of the driving experience.

Piloted driving and the future of the car

The global auto industry is moving rapidly toward an era when drivers won’t be required for driving. Economists, policymakers and auto executives believe “driverless” cars will dramatically improve transportation safety and significantly cut emissions. Within several years, car owners are expected to have the option to turn over control of their vehicle to an internal pilot, thanks to advances across digital technologies that are being perfected and harnessed continually by Audi and other automakers, as well as by tech companies including Google. The biggest hindrance to this scenario will not stem from any limitations in autonomous-driving technologies but rather from legal, political, infrastructure, regulatory and liability factors that all need to be addressed as the developed world makes the most significant switch in its automotive paradigm in over a century. 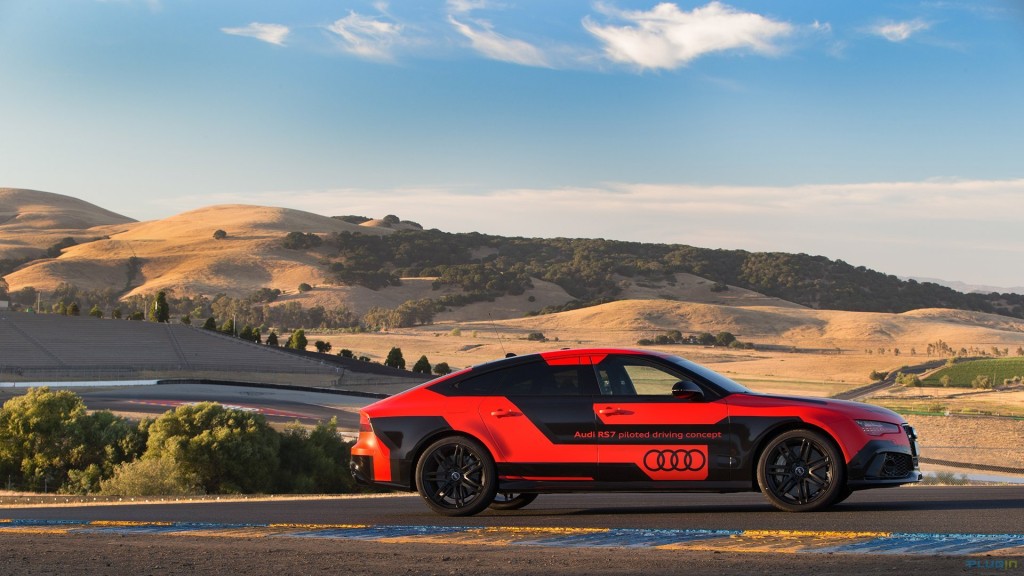 Audi has developed a philosophy and strategy for autonomous driving that it calls “piloted driving.” The name accurately reflects the Audi approach to this important and growing field of technology and aspect of the ownership experience: Give the Audi driver a digital “pilot” to guide the trip and assist in making it to his or her destination safely. Yet don’t usurp outright operating control of the vehicle or diminish the joy and satisfaction of driving that is a huge part of the Audi ownership experience. Making it clear exactly which entity is in control at each moment also is crucial, so Audi piloted driving emphasizes human-machine interface prompts to accomplish this. Illustrative of this approach is one automated-driving feature that Audi continues to define, called a “congestion pilot.” It relieves the driver of the task of driving while the system automatically accelerates, brakes and steers the vehicle, at speeds up to about 37 mph. Once the traffic jam disperses or the end of the highway has been reached, the driver is prompted to take back control. If the driver fails to respond, the system safely brings the car to a standstill.

Audi technologists and designers have been leaders of the pack in terms of pushing automated driving toward its eventual deployment. In the summer of 2014, for instance, Audi became one of the first automakers to obtain a new type of permit issued by the state of California for the testing of “self-driving” cars on Golden State roads, and the company demonstrated piloted driving technology on an expressway in Tampa. Access to California roads is especially crucial for Audi piloted driving testing because the state is home to the Volkswagen Group Electronics Research Lab (ERL), based in Silicon Valley. ERL engineers have been working on a wide variety of automated-driving issues. Audi believes that an initial version of piloted driving called Traffic Jam Pilot could be available to consumers within five years. Toward that end, in the summer of 2014 Audi conducted real-world research on the system, on the Lee Roy Selmon Expressway in Tampa. In the test, Audi demonstrated piloted driving in an Audi A7 equipped to handle driving functions in freeway conditions up to 40 mph. In October at the DTM season finale, Audi demonstrated the sheer fascination of piloted driving. The Audi RS 7 piloted driving concept completed a lap on the Grand Prix track in Hockenheim – at racing speed, without a driver. It took the Audi RS 7 piloted driving concept just slightly over two minutes to complete a lap on the Grand Prix track in Hockenheim – piloted with high precision and accuracy to within centimeters.

State of the art for Audi assisted driving today

The Audi strategy for harnessing cutting-edge technologies for making driving safer as well as enjoyable, and for giving maximum control to drivers, has been evident for some time in features and systems already deployed in Audi vehicles. The company has enveloped all of its vehicles in cameras, sensors and other safety-detection and –response and convenience systems that comprise advanced features such as forward-collision warning, lane-change assist and park assist. Altogether, these features already comprise substantial layers of safety enhancement and driver protection that are playing integral parts in the Audi piloted driving system of the future.