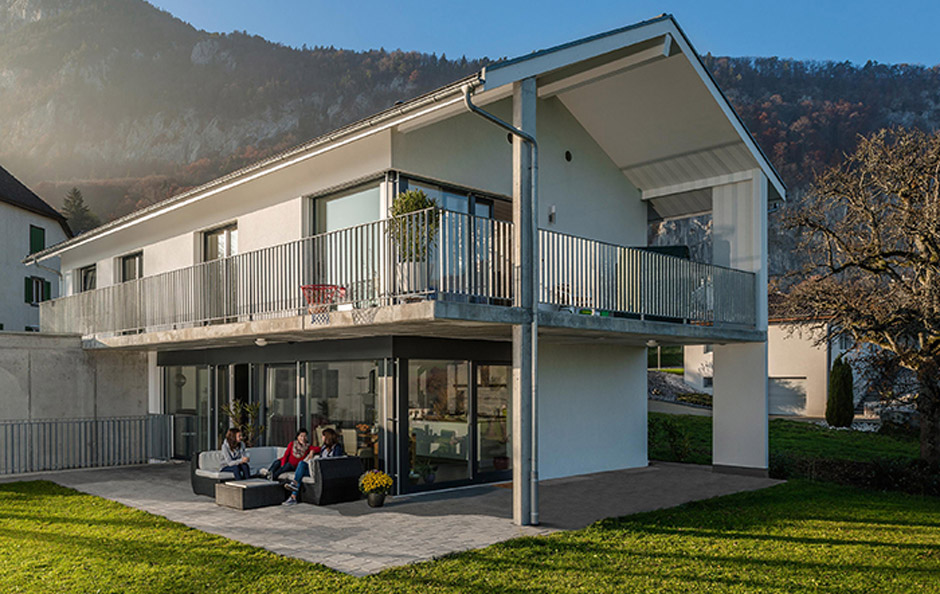 06 Mar Artificial intelligence to control the power grid in Riedholz

Artificial intelligence to control the power grid in Riedholz

Together with the Canton of Solothurn, the four companies Adaptricity, AEK, Alpiq, and Landis+Gyr are investigating how the energy flow in a power distribution grid can be optimised and controlled through artificial intelligence in the town of Riedholz. The findings will minimise investments in costly grid expansion and decrease electricity costs. The SoloGrid project is being promoted by the Swiss Federal Office of Energy as a lighthouse project, and supported financially by the Canton of Solothurn.

Power distribution grid operators are confronted with great challenges because the number of decentralised energy generation systems, such as photovoltaic, has grown strongly through the subsidisation of new renewable energies. The trend toward renewable energies will continue, and in the long term increasingly lead to fluctuations and irregular peak loads in the power grid. In order to ensure future grid stability and minimise investments in costly grid expansion, the four companies Adaptricity, AEK, Alpiq and Landis+Gyr, together with the Canton of Solothurn, are relying on artificial intelligence in the pilot project SoloGrid. The GridSense technology is being used in approximately 40 single-family homes and apartments in the town of Riedholz near Solothurn. The test phase lasting 18 months will investigate how GridSense controls the primary electricity consumers such as heat pumps, boilers, household batteries, and charging stations for electric vehicles, and how it integrates measurement data from photovoltaic systems for optimal grid operation. GridSense ensures that the power grid is always operating at optimal load and optimises also the energy consumption of customers. Ideally, the electricity generated by the photovoltaic system in the home or within the neighbourhood grid is consumed.

Alpiq developed the GridSense technology together with the Scuola universitaria professionale della Svizzera italiana (SUPSI). The core of the technology consists of several algorithms. They continuously measure parameters such as grid load, electricity consumption and generation, including weather forecasts as well as electricity prices. They learn the behaviour of electricity consumers through artificial intelligence. Using this information, GridSense optimises the utilisation of power consumers and generators. The technology reduces peak loads in the power grid, balances the loads and stabilises the distribution grid. With GridSense, Alpiq is strengthening its position as an energy services provider and contributing to higher energy efficiency. The Swiss Federal Office of Energy awarded the technology with the Watt d’Or energy prize in January 2015 and included the SoloGrid project in the SFOE lighthouse programme.

Challenges for the distribution grid operators

With the SoloGrid project the four participating companies and the Canton of Solothurn are investigating to what extent autonomous, decentralised power distribution grid balancing is possible. The findings are particularly important for AEK Energie AG. AEK hopes the SoloGrid project will provide important information for future grid operation and grid planning.

In addition to the GridSense technology, the companies are using a second innovation, DPG.sim software, in the project. The software was developed by Adaptricity, a Swiss Federal Institute of Technology (ETH Zurich) spin-off. The new software simulates decentralised dynamics in the power distribution grid. The simulation is necessary because it is nearly impossible to display all the different grid situations that occur in reality. DPG.sim simulates all the required grid scenarios for the analysis and precisely supplements these with measurements from the pilot grid in the town of Riedholz.

Landis+Gyr is making important findings from various smart metering projects in Switzerland and abroad available to the SoloGrid project. The meters supplied to Riedholz are used as measurement instruments for numerous parameters, such as grid state, which provide the basis to prepare important data for GridSense. With this new technology, Landis+Gyr is supporting the success of the project and making a valuable contribution to future electricity supply.